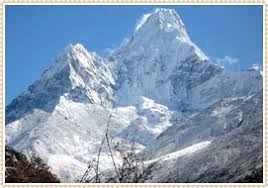 I didn’t beat you with fanfare, in fact I was alone. I’m pretty sure Grandma saw me through the kitchen window, but she wouldn’t tell. She always had an eye on us, but she let us explore the world. It was comforting. She was our security blanket.

I had tried to defeat you while school was in session, but couldn’t. My body would not cooperate with the task. I found myself with skinned knees, bruised elbows. One time I even picked a piece of black top out of my hand. School let out and I was defeated.

That summer, the sun was beating down. You were hot to touch, which aided in the blistering that took place. I climbed the side of your structure, slick metal at my feet. I grabbed the first rung, the second, sweat getting in my eyes, making them burn. I kept moving, as you were much too hot for me to stay in one place. I reached the middle. I had fallen from this spot several times. My forearms were burning, my whole body

was shaking, I kept moving. Two more, one more, finally I rested my feet at the other side, victorious. I had conquered my Everest.

I didn’t need applause. I didn’t need a parade. I didn’t even need a ribbon. I just looked up at you. I was part of an elite club. I had just crossed the Rose Avenue monkey bars. It’s the small victories in life that are the most important.

This site uses Akismet to reduce spam. Learn how your comment data is processed.